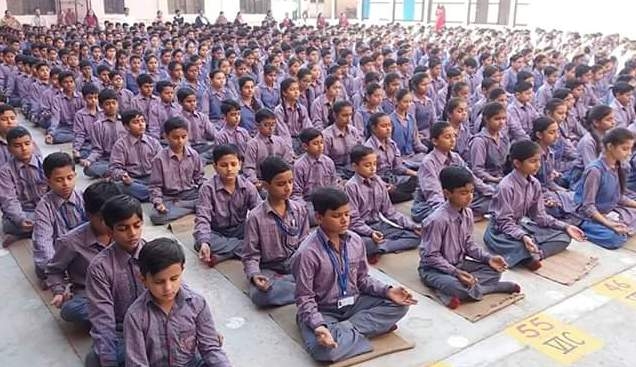 To develop a National System of Education which would help building a generation of young men and women that is committed to Hindutva and infused with patriotic fervour; physically, vitally, mentally and spiritually fully developed; capable of successfully facing challenges of life; dedicated to the service of those of our brothers and sisters who dwell in villages, forests, caves and slums; and are deprived and destitute, so that they are liberated from the shackles of social evils and injustice and thus devoted, may contribute to build up a harmonious, prosperous, and culturally rich Nation.

Vidya Bharati is providing quality education since 1952 and is committed to educate the young generation according to Bhartiya values and culture. Some committed and patriotic people, who considered education as an artifice to educate the young generation according to Indian values and culture started the first school in Gorakhpur, UP, in 1952. They named this school as Saraswati Shishu Mandir-Temple of the Goddess Saraswati dedicated to the children. Thanks to their zeal, dedication and hard work that similar schools began to be established at other places also. The number of such schools increased rapidly in Uttar Pradesh. A state-level Shishu Shiksha Prabandh Samiti was formed in 1958 for their proper guidance and planned development. Good education & sound sanskars at the Saraswati Shishu Mandirs earned recognition, honor, and popularity in the society. Shishu Mandirs started spreading in other states and within a few years, many schools were established. To manage the affairs in different regions, state-level committees were set-up. The formation of a national body came in 1977 and Vidya Bharati Akhil Bharatiya Shiksha Sansthan was established with its Registered office at Lucknow & functional headquarters in Delhi. All state-level committees were affiliated to this Vidya Bharati Akhil Bharatiya Shiksha Sansthan. 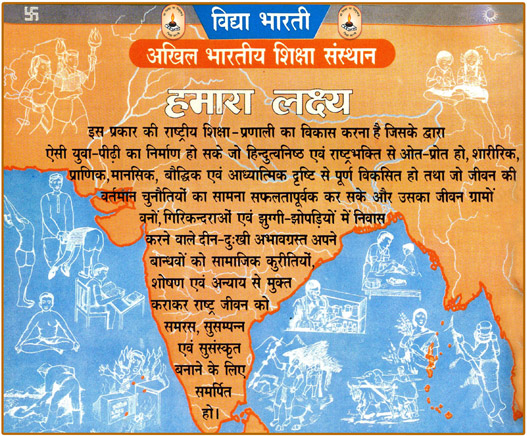