An Educational tour was organised by Sarvhitkari Senior Secondary Vidya Mandir, Dera Bassi to Holy City Kurukshetra which is describes as  DHARAMKSHETRA i. e. ‘Region of Righteousness’ under the supervision of tour coordinator Mrs. Mamta Sharma.79 students went there along with four other senior teachers of the school. The tour started at 8:30 am when we boarded from our school in a bus. We reached our destination in one and half hour and enjoyed a lot in the bus also.First of all we visited Kalpana Chawla Memorial Planetarium which was established in the memory of Kalpana Chawla.It is based on astronomy and its study in the Indian civilization since pre-historic times. The planetarium has interesting exhibits and short films that help the students to gain knowledge and inculcate more interest in science subject. After visiting two famous spots of the city students had a great lunch in one of the famous hotels in kurukshetra. Then went to see krishan museum and brahman sarovar. Which has a great historical and religious importance. It is here that the battle of Mahabharata was fought and Lord krishna preached his philosophy of KARMA as enshrined in the Holy Bhagwat-Geeta, to Arjuna at jyotisar.

It was really a appreciable and enjoyable tour which will definitely have a life long memory in students mind. 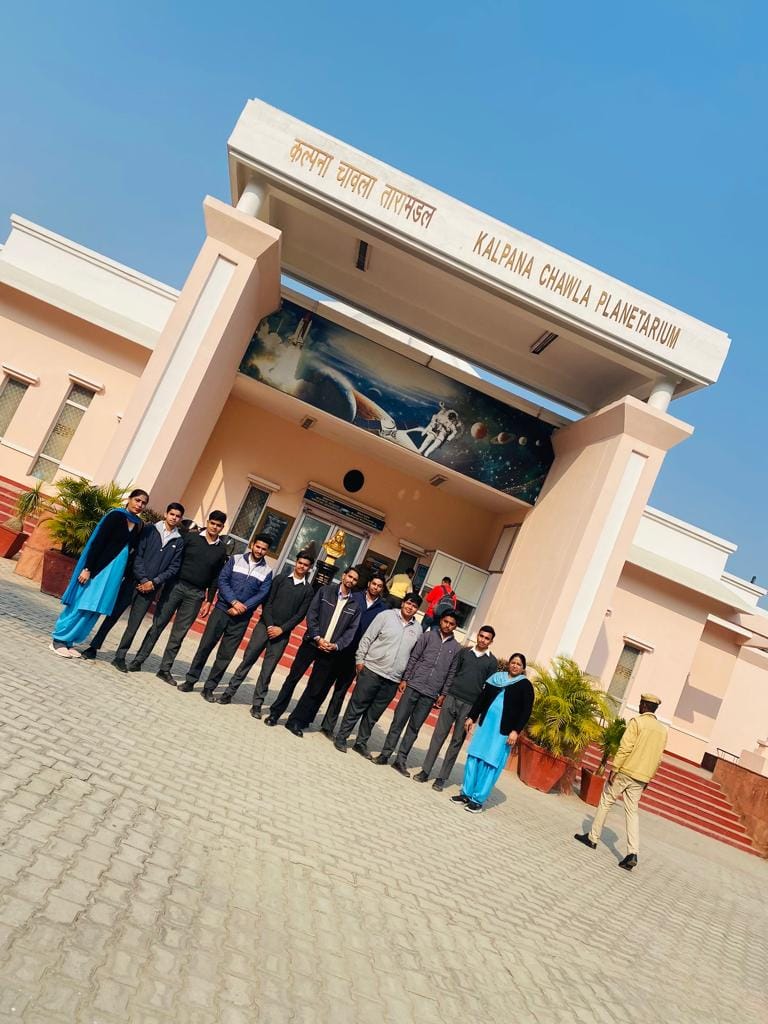